Curiosity has a two-sided, Jekyll and Hyde character. Its negative connotations have been enshrined in a proverb, no less, —who hasn’t heard that ‘curiosity killed the cat’? Is this a warning to mind one’s own business, or to avoid interference in ‘other peoples’ affairs? In fact, the saying’s origin can be traced to a misquotation from Ben Jonson’s 1598 comedy Every Man in his Humour. “Helter skelter, hang sorrow, care’ll kill a cat….” Care in those days most commonly meant either worry or sorrow and had no relation to inquisitiveness. But in the days when children were discouraged from asking questions, which their parents or teachers found difficult to answer, the old saying provided a neat standard answer. Since children have always been curious, wanting to find out about both themselves and the world they live in, they still ask awkward questions, often at the worst possible moment, and no doubt the old answer sometimes springs to the mind of their “interrogatee”.

However, most of us have recognised that curiosity is the foundation of education— especially self-education. Eleanor Roosevelt once said that if a mother could ask a fairy godmother to give her child the most useful of gifts, that gift should be curiosity. Scientists have always valued it as the key to discovery and invention. Philosophers, religious and secular, eternally questioning have produced the theories and the structures that influence the ways in which we live. Albert Einstein summed up his thoughts on the topic in the following quotation, “The important thing is not to stop questioning. Curiosity has its own reason for existing”. We need to preserve the enthusiasm for information and new ideas we had as children, if we want to live life to its full.

Recent research into health in old age has shown that curiosity is associated with the maintenance of a healthy central nervous system and significantly influences survival and longevity. Curiosity often requires us to process complex information, but also activates our senses of wonder and excitement. This combination of the intellectual and emotional is powerful. Thomas Hobbes, the English philosopher (1588-1676) best known for his controversial argument that a social contract giving all authority into the hands of government protects the individual, because man, in a state of nature, must live a life “solitary, poor, nasty, brutish, and short” also, surprisingly, wrote, “Curiosity is the lust of the mind.”

Curiosity however doesn’t only prompt our investigations into the nature and construction of the world around us, or produce innovations and practical inventions, it is the driving force behind our imaginative and fictional constructions. Aristotle’s five questions Who? What? Where? When? Why? may help us organize our material, but a more ancient need inspired the stories and legends passed down through generations. They offer explanations of the nature of the world, and of people, and were created when people became curious and asked questions. Storytellers have always had a special role (not always recognised) for they make their own sense of the world we live in, and in building characters delve into why we act as we do. They may be inspired by the question “What if?” or speculate about future, or alternative societies, thus commenting on, or examining, the moral framework we accept in contemporary times. Speculation also liberates the imagination.

Creativity can also contribute to our survival and mental health. All sorts of adaptations and innovations to the way we live have been made as a result of the Covid pandemic, just as many were spawned in other pandemics and times of war or disaster. And for the individual who looks for the opportunity to create, taking up a new hobby for example, or getting caught up in making bread, composing a poem or song, making an ice rink in the yard, photographing their surroundings, sewing masks for family and neighbours, painting a picture, gardening, making connections with others, even virtually, the rewards are great. Concentration on a new, or already beloved, activity leaves less room for stress and worry, providing a welcome break on those many days which seem so like each other and so dull.

So never stop asking questions—and may those questions lead us all to a more creative life. 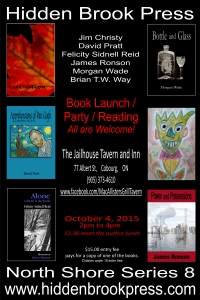 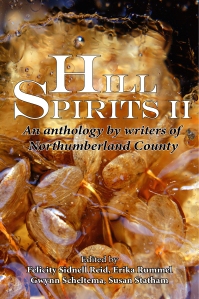